The fact that the response occurred to the sick body when stimulated by acupuncture and moxibustion means that the stimulation increased the density of qi (of the body). In other words, it can be expressed that the power of qi is fulfilling and the phenomenon that the body is warming up whether it is perceived or not .

The practitioner can grasp it through various changes of the patient, such as flare, sweating, the skin getting brighter, tissues getting tightened.

Next, concerning the amount of stimulation influencing the body, it depends on the duration of stimulation and the durability of the treatment effect.

However, the weak point of moxibustion is that the practitioner cannot judge whether the amount of stimulation is appropriate or not during the treatment, and this is different from acupuncture.
But, concerning the persistence of the effect to the body after the treatment, it can be inferred that the moxa effect mentioned above is more persistent than needling. Clinically speaking, when the interval of treatment sessions is short, for example treating the same patient twice or three times a week, one has to be sure to lessen the amount of moxa in each session. If one ignores this, sometimes the patient gets the state not being able to consume heat properly, such as eczema on the skin, increasing yang excess condition and so on.

Concerning the quality of stimulation of acupuncture and moxibustion in this way, the light stimulation is more suitable with needling, so when the disorder of qi is on the surface, and conversely when the patient's condition is extremely serious and the damage of qi is as deep as the shape of the body changes, the stimulation of acupuncture is more suitable because it makes the body itself fill out the qi, in other words creating heat on one's own.

What is the condition suitable for moxa stimulation then? You can imagine the old human body for this. That is, the condition that qi is loosen all over the body, and when the body itself does not have enough power to create heat, moxibustion is suitable for these condition regardless of age.

Clinically speaking, for the symptoms difficult to change, for example, serious knee pain, lower back pain, inner organ pain and heat of inner organs, one can experience the symptom released after moxibustion on GV channel.

However, one has to pay attention when the patient is in condition is as serious as he/she cannot absorb the heat of moxibustion. Multiple cones of moxas on GV channel might cause deterioration of symptoms instead, so the practitioner has to be careful. One starts from two or three cones, checking the condition, and stops it if one thinks the change is not what expected.

As a conclusion, needling is the base for the stimulation to the body, and for the moxa stimulation, it is important to check whether or not the patient has enough power to accept it.

Outside of Taishido Acupuncture Clinic, there is a bus stop heading to Shibuya station. There is some space between the clinic and the bus stop, so we began "Taishido greenization project".

This is the photos taken on May 19th. 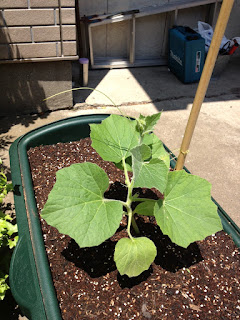 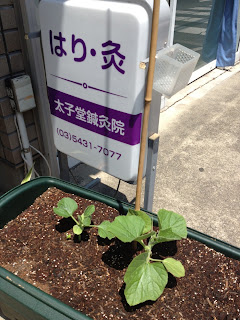 and this one was taken on May 26th. Now everybody is coming to the outside and check how it grows everyday! and this becomes our new good habit! ! 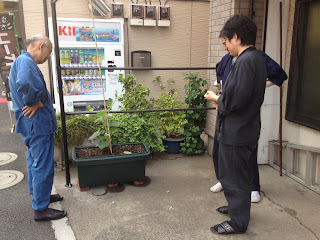 and this was on June 5th! Can you see how fast it grows? I wish our skill of acupuncture progress  in such a speed:) 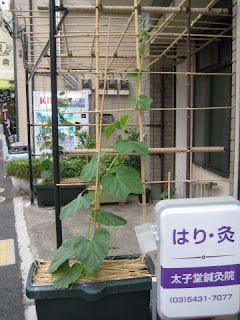 When I was cleaning the clinic in the morning, those who are waiting for the bus are talking like this.
"Oh, were there these plants before? "
"Hmm, I don't know what these are. Is this a cucumber or a pumpkin?"
Here is a question. What is this plant??? (The answer will be on this blog sometime this year:) )
Posted by 積聚会 at 6:18 AM 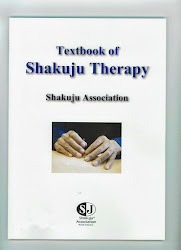